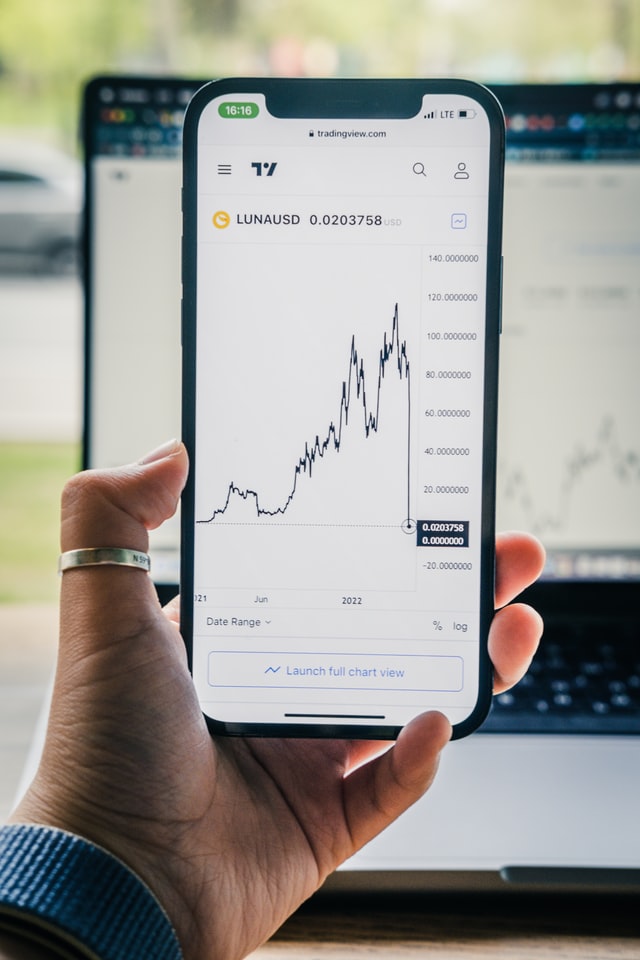 The past week saw another crash in the value of cryptocurrencies; bitcoin fell to USD 24,000, its lowest value since December 2020. Although bitcoin’s price has been slowly falling since the end of the last year – reflecting the current macroeconomic climate of increasing inflation and interest rates facilitating a risk-off environment – this latest capitulation was a result of the TerraUSD (UST) stablecoin catastrophically losing parity with its dollar peg and the fallout thereafter.

UST, an algorithmic stablecoin, works in conjunction with the Terra blockchain to maintain a 1:1 peg with the US dollar via a set of on-chain mint and burn mechanics. In theory, these mechanics ensure that one dollar of UST can always be swapped for one dollar of LUNA, the Terra blockchain’s native token, by allowing traders to take advantage of arbitrage opportunities. However, on 8 May this mechanism began to fail, and the value of UST fell below USD 0.8 the following day. Although the price managed to recover to USD 0.94, 11 May saw the sticking plaster ripped off and the price falling below USD 0.3 as trader sentiment around the stablecoin dropped. At the time of writing UST is now trading below USD 0.1, over 90% down on its supposed peg.

This de-pegging resulted in a significant knock-on effect for the price of the LUNA token used to help maintain the peg. The token opened May with a price of USD 80, down from its early April all-time-high of USD 120. However, at the time of writing the token’s price is a measly USD 0.0002, meaning the price has fallen over 99% in little over a week. Before the rout, LUNA was a top ten crypto asset with a market capitalisation in excess of USD 30 billion, while UST was the third largest stablecoin with a market capitalisation of USD 18 billion. The combined market capitalisation of the two tokens is now around USD 2 billion, meaning investors have lost over USD 45 billion.

The after-effects have rippled throughout the crypto market. The price of bitcoin fell over 20% in the three days following UST’s de-pegging, triggered by sell-offs of 80,000 bitcoin from the reserves of the firm behind LUNA and TerraUSD and a loss in sentiment, while the total market capitalisation of all cryptocurrencies fell over 30%. This – together with bitcoin’s value more recently falling in step with technology equities rather than ploughing its own furrow – suggests that the ‘bitcoin as an inflation hedge’ narrative is now well and truly dead. This is the first time since its creation that the cryptocurrency market is experiencing rising inflation and interest rates, and it is currently performing as badly as equity markets.

Tether (USDT) – the largest stablecoin with a market capitalisation of over USD 70 billion – also lost its dollar peg for a time. USDT differs from UST as it is supposedly backed 100% by a combination of cash, commercial paper, fiduciary deposits, reserve repo notes and treasury bills. Tether fell to USD 0.95 as fear and uncertainty spread throughout the market. Although the price recovered, it did not stop investors from redeeming USD 7 billion worth of the token.

The collapse of TerraUSD and the brief de-pegging of Tether have seen an outpouring of calls for the introduction of stablecoin regulations, including from the US Secretary of the Treasury Janet Yellen. With the rapidly increasing size of the stablecoin market, it is now obvious that regulation is needed to protect investors and address the risks posed to financial stability. The stablecoin debacle could lead to central banks rethinking the use cases for CBDCs and imposing themselves on the wholesale settlement markets after all, rather than prioritising exclusively retail-oriented applications. Indeed, as the European Central Bank’s Fabio Pannetta states: “Recent developments in the market for crypto assets illustrate that it is an illusion to believe that private instruments can act as money when they cannot be converted at par into public money at all times.”