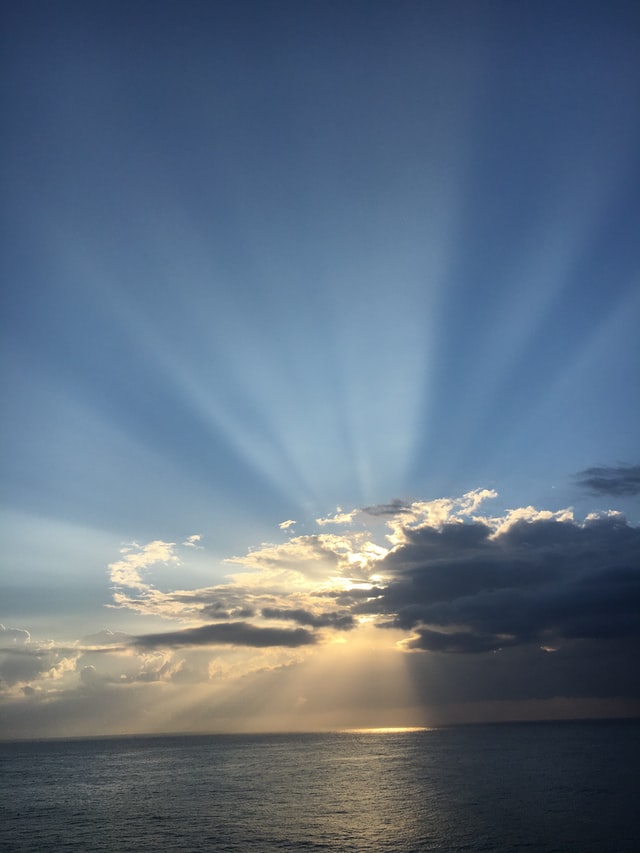 For investors in digital assets, and cryptocurrencies in particular, the last couple of months have been something of a nightmare. Ongoing macro and geopolitical pressures have continued to hit the digital asset ecosystem as investors – both retail and professional – have continued to exit the market as uncertainty around the regulatory and fiscal environment remains. While 2021 was officially the year in which institutional investors entered crypto in significant numbers, it is fair to say that the digital asset sector is still reminiscent of the early days of the Internet, evidenced by ecosystem failures, the misallocation of capital, and poor investor protection.

That said, while a much-needed shakeout (mostly of irresponsible leverage trading) is taking place, a digital asset future is still very much on the cards. Just as the tech bubble in 2001 paved the way for the Internet success stories of today, now global banks, financial institutions and FinTechs are continuing to invest and build new operational models and DLT-based infrastructure. The scope for this new environment is not just cryptocurrencies, which constitute a meaningful but relatively small asset class, but all financial instruments including equities, bonds, funds and alternative assets that will in time all likely run on blockchain rails. That said, as cryptocurrencies currently comprise the largest part of today’s real use cases for digital assets, it is worth taking a look at what is happening today: where things are going wrong, but also the continuing positives driving the industry forward.

In the past couple of weeks the cryptocurrency sell-off has continued as bitcoin crashed to its lowest level in two years. The period from May to June has seen one of the largest month-on-month declines with over USD 416 billion wiped from the total market capitalisation, which now sits at USD 933.0 billion. Considered a key line of support, bitcoin crossed its 200-week moving average (200W MA) last week, which has reportedly only occurred three times in its 13-year history. Historically, this has usually correlated with a market bottom. That said, central bank tightening is likely applying greater pressure to markets globally, which in crypto is compounded by miners of bitcoin needing to sell their BTC rewards to cover their operational costs which currently stand at approximately USD 20,000 per bitcoin. Consequently, there may still be some way to go before any sign of a true turnaround can be found.

The crypto markets are still reeling from the collapse of the Terra/Luna ecosystem in May, which impacted tens of thousands of investors globally including a well-known Dubai-based crypto focused hedge fund, Three Arrows Capital (3AC). It was quickly reported that 3AC was facing insolvency after incurring at least $400 million in liquidations. It failed to meet margin calls and is now considering multiple options including an asset sale, or a bail out by another firm. Celsius, a crypto lending platform which at one point claimed more than USD 20 billion in assets under administration, has come under pressure by investors in an old-fashioned “bank run”, with depositors scrambling to pull assets from the platform. On Monday 13 June Celsius released a community memo announcing its decision to pause all withdrawals, swaps and transfers between accounts, an option which it reserved under its terms of use. According to reports, Celsius is similarly in the process of considering insolvency proceedings and has appointed a legal firm that specialises in business restructuring, as well as hiring Citigroup as an independent advisor to brainstorm possible financing options. Nexo, another lending platform, put forward an unsolicited offer to acquire “any remaining qualifying assets”, although following a swift initial rejection it is unlikely the offer will be accepted.

It is unclear where the market goes from here. A significant amount of speculative capital has been put into the crypto ecosystem over the last couple of years during a period of exceptionally loose monetary policy and government stimulus; however, a flight to safety is now well underway across all asset classes. In addition, well established and high profile firms have put their reputations on the line and acquired significant amounts of bitcoin; the poster child for this tactic is MicroStrategy (Nasdaq: MSTR) which has 130,000 bitcoin, acquired at a cost of circa USD 3.97 billion, on its balance sheet, bought with cash from sequential debt offerings totalling nearly USD 2.4 billion. As a significant holder of bitcoin, all eyes are on the institution which at current prices is facing an unrealised loss of over USD 1 billion. In May it was reported that if bitcoin fell to USD 21,000 then a margin call would be triggered on a USD 205 million loan it took with Silvergate Bank in March to purchase additional bitcoin. That number was reached last week and has in the following thereafter gone as low as USD 17,744 as of Saturday 17 June. There is an inevitable concern that further liquidations would panic the market even further, however, MicroStrategy CEO Michael Saylor confirmed last week that a margin call had not been made, and that the company has reserves to protect against bitcoin dropping much lower.

The bear market and general downturn is causing concern across the industry, as companies grapple with the implications of a looming recession and even stagflation. Financial considerations are being made a priority amidst declining revenues. Consequently, some digital asset institutions have announced reductions in head count. Coinbase (Nasdaq: COIN), one of the leading digital asset custodians and exchanges, announced cuts to staff of 18%, or approximately 1,100 staff, and furthermore rescinded 300 new hire offers. Gemini, an equally established exchange, expects to lay off 10% of its employees, while BlockFi and Crypto.com, more retail focused entities, will reduce headcount by 20% and 5% respectively, citing a “dramatic shift in macroeconomic conditions worldwide” which are impacting growth. However, at odds with the trend is Citibank, which this week announced its intention to hire 4,000 tech workers in a $10 billion effort to enhance online customer experience. It is joined by Binance and Kraken, two of the largest and most well-known cryptocurrency exchanges, which have similarly advertised their on-going efforts to recruit for 2,000 and 500 new positions respectively.

Despite the obvious pain that is being felt by the market during the latest crypto winter, sentiment around the future of the ecosystem and about cryptoassets remains positive. This week, Bank of America carried out a survey in which 91% of US adults said they plan to buy more cryptoassets over the course of the next six months, with 30% of respondents confirming their intention to hold their assets for at least the next six months despite the uncertainty. Echoing this sentiment, PwC’s Global Crypto Hedge Fund Report showed that allocations by crypto-focused and traditional hedge funds have increased over the past year, with 38% of traditional hedge funds currently investing in digital assets, up 21% from a year ago. Furthermore, 27% of the traditional funds that had not yet invested in digital assets reported that if the main barriers to adoption were removed they would accelerate their investments in them. Capgemini, a leading technology consulting firm, also released its 2022 World Wealth Report last week. Of the 2,973 global High Net Worth Individuals (HNWI) polled, 71% of them have allocated capital to cryptocurrencies and other digital assets. Furthermore, in assessing the demographic of respondents, 91% of under 40s have invested in digital assets, with Capgemini observing that cryptocurrencies remain their favourite digital asset investments for now. Even J.P. Morgan – whose chairman and CEO Jamie Dimon has been famously anti-bitcoin – has declared cryptocurrencies its new favourite alternative asset in preference to real estate, and has set a ‘fair value’ for bitcoin of USD 38,000, nearly twice its current price. And a joint PayPal and Deloitte survey of 2,000 senior U.S. retail executives found that nearly 85% of them expect digital currency payments to be ‘ubiquitous’ within the next five years.

In other news, Goldman Sachs (GS) has launched a derivatives product linked to ether (ETH). The non-deliverable forward will enable investors to speculate on the price of ether without having to hold it directly. It comes at a time when investor confidence is low in the short term, however the firm reinforced its belief that digital assets are still desirable, stating that “institutional demand continues to grow significantly in this space”, with this offering helping the firm to evolve its nascent cash-settled cryptocurrency capabilities. And despite the reputation of stablecoins taking a knock of late, demand for them remains high as Circle Internet Financial – creator of the popular USDC dollar-pegged token – launches a new regulated euro-pegged stablecoin, EUROC, fully backed by euros held in custody by US qualified custodians.

Digital infrastructure for the repo market is also having a good month. BNP Paribas recently joined J.P. Morgan’s Onyx Digital Assets system, a tokenisation platform whose Intraday Repo application has processed over USD 300 billion of US treasury-based transactions in the year since it launched and is now looking to tokenise money market funds and other traditional securities as collateral. Meanwhile, Finteum’s DLT-based intraday FX swap and repo trading platform – due to go live next year – has been successfully tested by 14 banks, including Citi, NatWest and Barclays.

In Japan, the country’s two largest banks are making further moves in the digital asset space. Nomura – already one of the backers of custodian Komainu – will launch a new wholly-owned subsidiary to offer a range of digital asset services to institutional clients, with an unnamed executive quoted as saying, ‘If we don’t do this, then it’s going to be more difficult down the line to be competitive’. Meanwhile, Tokyo cryptocurrency exchange Bitbank has partnered with Sumitomo Mitsui Trust to create a new institutional digital asset custodian to be named Japan Digital Asset Trust. And the country has just become the first to pass legislation to limit yen stablecoin issuance to licensed institutions and guarantee their redemption back into fiat currency at par, a move that come into effect next year as a consortium of 74 Japanese banks and corporations moves to launch a private sector yen stablecoin.

The current market shake-up is inflicting short-term pain on investors, and the drying up of the previous flood of cheap capital that led to poor investment choices is now consigning thousands of weaker tokens and their associated projects to the scrap-heap. Investors are being reminded of the need to focus on utility and fundamentals over speculation. The last crypto market crash occurred in early 2018 when cryptocurrencies were the preserve of retail investors and the bravest of hedge funds, and institutional-grade services and infrastructure were not yet established. Four years later, the build-out of the foundations of the future financial system has got off to a strong start and continues apace. At the same time, regulation is beginning to catch up with the exuberant growth of this sector. We are witnessing the latest shift in a free market that should lead us to a more robust digital asset economy. Perhaps this moment will be seen in retrospect as an inflection point in the march towards a future financial system that encapsulates the best aspects of both stability and innovation.